There has been a lot of news lately about vehicle recalls, especially with the GM Ignition Recalls fiasco.  This leads to an interesting question of whether someone who has recently, but unwittingly, purchased a vehicle that falls under this recall should be allowed to return the vehicle to the dealer and get his or her money back.  Should you be stuck with a potentially deadly vehicle, even if the problem is fixable?  Should you be forced to do business with an entity that lied to you?

Under the Uniform Commercial Code, there is an implied warranty of merchantability in the sale of every vehicle.  (unless it is disclaimed by buying it “as-is”, but that is another discussion).  An implied warranty arises by law (and so does not have to be written down), and warrants that, at the time of sale, a vehicle is going to be “merchantable”.  This basically means, will the vehicle perform its general function (get a driver from point A to point B), or will it “pass without objection in the trade”.  So, if you buy a vehicle that has no engine, it is not merchantable because it won’t get you from A to B.  By the same token, if you go to a car lot and are shown two vehicles, one with a potentially deadly defect, and the other without, which one would you buy?  Obviously, most people would choose the one without the defect.

Certainly, a less risk-averse buyer might see the situation as an opportunity to get a vehicle for less than he would otherwise have to pay, but that is the point.  Assuming you prove a breach of warranty claim, your measure of damages is the difference in the value of the vehicle that was warranted (the one without a defect), and the value of the vehicle that you got (the one with the defect).  The amount of this difference depends on a lot of things, but suffice to say, there is certainly a difference.  How much would you pay for the privilege of riding in a vehicle that could possibly kill you?

Now, some might point out that the recall will, presumably, fix the problem, and so “no harm no foul”.  So does the existence of a vehicle problem that is fixable, but still not what you bargained for at the time of purchase, mean that you have to live with it, or should you be able to return the vehicle to get your money back?  Who bears, or should bear, the risk in purchasing such a vehicle?  The consumer, the dealer, or the manufacturer that made the vehicle (and put its customers lives at risk by refusing to come clean until years later?)  As with so many legal questions, the safest answer is probably “it depends”; it depends on when you bought the vehicle, to what extent the vehicle is actually repaired after the recall is performed, whether the dealership knew about the vehicle’s recall before selling it?  (which is a battle that is currently being fought in California), and, in this case, what the manufacturer knew and when the manufacturer knew it.

As it stands now, GM obviously did not learn anything from the lessons that were there to be learned from Ford and Firestone before them.  They are finding out the hard way that it does not pay to try to defraud and endanger the public in the interest of saving money. 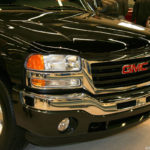